Discussion and technical advice the SW20 MR2. 3S-GTE, 3S-GE, 3S-FE etc
Anything and everything to do with maintenance, modifications and electrical is in here for the Mk2.

Has anyone managed to reinstall AC on a car it was removed from before?
A fair you years ago I removed it, which I now regret.

Finally someone else living this pain.

I also removed my system years ago and I am currently re-installing it.

I'll have a full tutorial on my build thread in about 2/3 months time but my advice for the time being would be to source a compressor/pump and the associated bolts, idler pulley and bracket and the long pipes which run front to back of the car.

Hopefully you didn't remove or destroy the connections inside the frunk which run into the matrix/have the high pressure port etc? What other parts of the system do you have? Was your car fitted with R12 or r134a gas

- the pipes are definitely not compatible despite following the same routing

'smaller' gas the R12 and consequently the connections and O-rings are completely different).

Below are the comparisons between R12 and r134a seal specs: 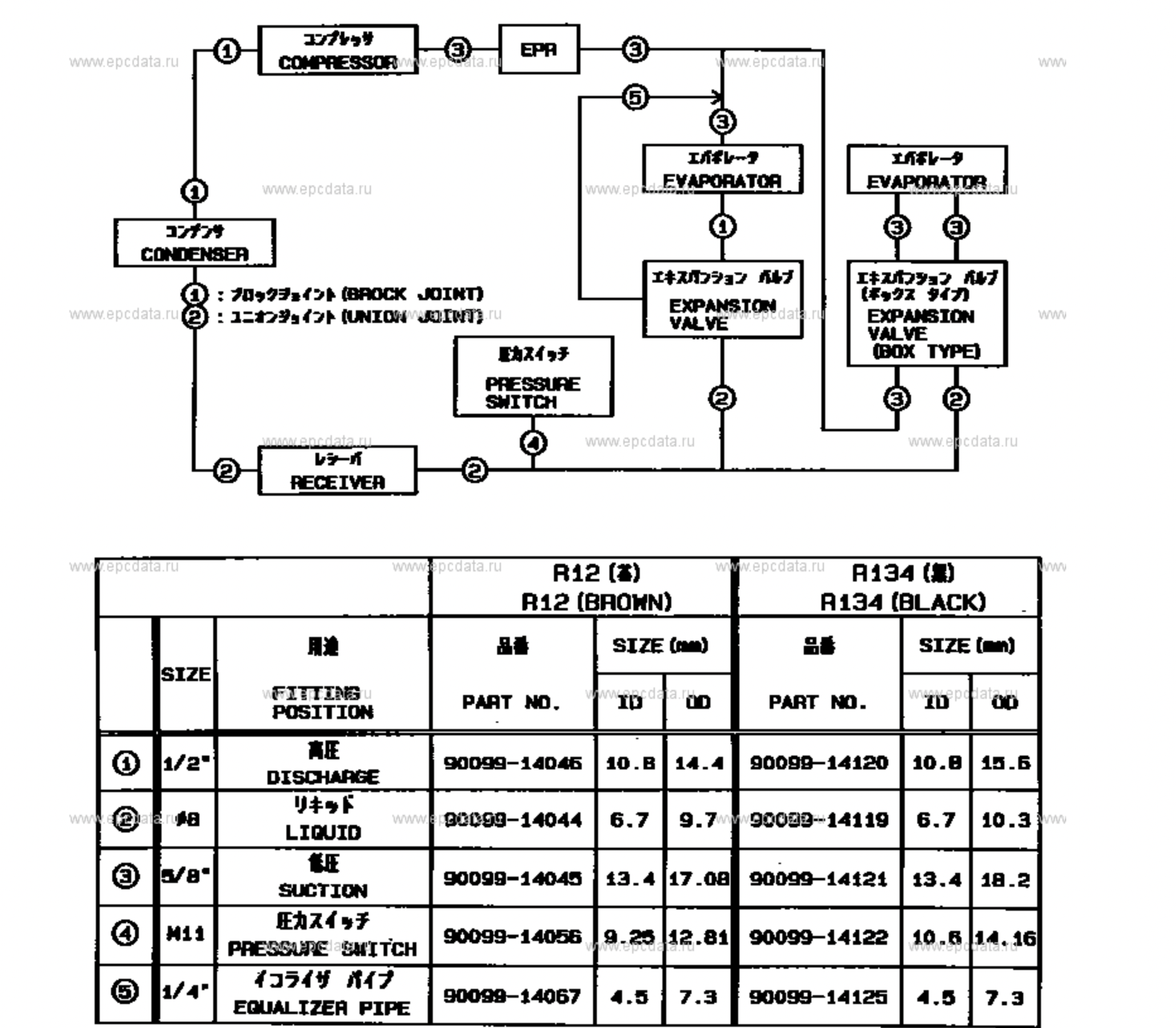 (because the connections are corroded beyond return, my advice would be to preserve the long pipes and they're associated connections to the compressor all intact

(you need to keep any pipes whcih come out of the compressor as long as possible before you start custom building.

You will be able to braze on new connections to the cut pipes using parts from the kit I've attached a link to below.

I explored having fittings welded directly to the pipes but no pipe shop, aluminium welder or AC specialist wanted anything to do with this.

Welding on a thread also limits your

'clocking' of the pipes and the type of pipe you can use.

As a rule most

(which is the dimensions of our system) are quite stiff, bulky and make routing difficult.

The hose used for the system I've given the link for is much more flexible and of a smaller diameter, and the ability to clock the pipes as you like when building is a huge bonus.

I haven't yet decided on the condenser to use

- there may be the possibility of sourcing a genuine one from MR2-BEN at the end of August.

However these are expensive.

A comparable volume condenser from any other brand would be at least half the price.

And if you have already got used to the EZ-clip system, it really isn't too much effort to go the whole way and fab up pipes to take you into any condenser you like

(whether you keep the stock drier is also up for debate).

Custom brackets and high pressure switch port is a given at this point.

This is the last phase I'm working through at the moment and as I said I should have a full re-build/build post for this in a few months.

.replying to your post prompted me to check the cross references of OE part numbers with DENSO part numbers

(the OE manufacturer of the entire system).

You can currently purchase this from the states

(as I have just done) for

£260 including import tax and shipment.

This is actually at least

£100 cheaper than MR2-BEN is currently offering them for.

Here are the links to DENSO's catalogue:

Worth bearing in mind you can't get R12, it's no longer manufacturered and id banned.

You can still run a system containing it, but it's not legal to sell or offer it for servicing purposes.

( or there used to be) conversion kits available.

R134a is a common replacement for it, but it's not a

"drop in" replacement, usually runs at different pressures, so the pressure switches need setting up to suit and usually the expansion valve needs replaced.

On cars the service valve fittings are normally different on R12/R134a systems to restrict the chance of putting the wrong gas in.

I believe there's now a direct

My UK Rev3 has the rare Factory A/C option and I am looking to get it working again R134a.