Discussion and technical advice the SW20 MR2. 3S-GTE, 3S-GE, 3S-FE etc
Anything and everything to do with maintenance, modifications and electrical is in here for the Mk2.

I'm not too far from upgrading my current suspension setup from D2 coilovers to standard-ish setup on my daily driver REV3 Tubby.

Having an eye on the yellow Bilsteins

(B6), but not entirely sure what to expect from them.

Would these be much comfortable for everyday driving than a cheap-ish coilover setup?

I originally wanted to get standard rebuild-able struts, restore them and try few shocks in the future like Koni's and such, but I found it impossible to buy them in reasonable condition.

New ones are discontinued as per TCB, MR-MR2 only has very rusty ones and he says they are not really suitable for turbo anyway.

The other question are the springs.

I have no idea what to get.

TCB got KYB standards which I might try, but I don't want my car look like a 4x4
I read a lot and I can rule out H&R springs for sure.

I would like a comfortable setup which are not lifting the chassis too much. 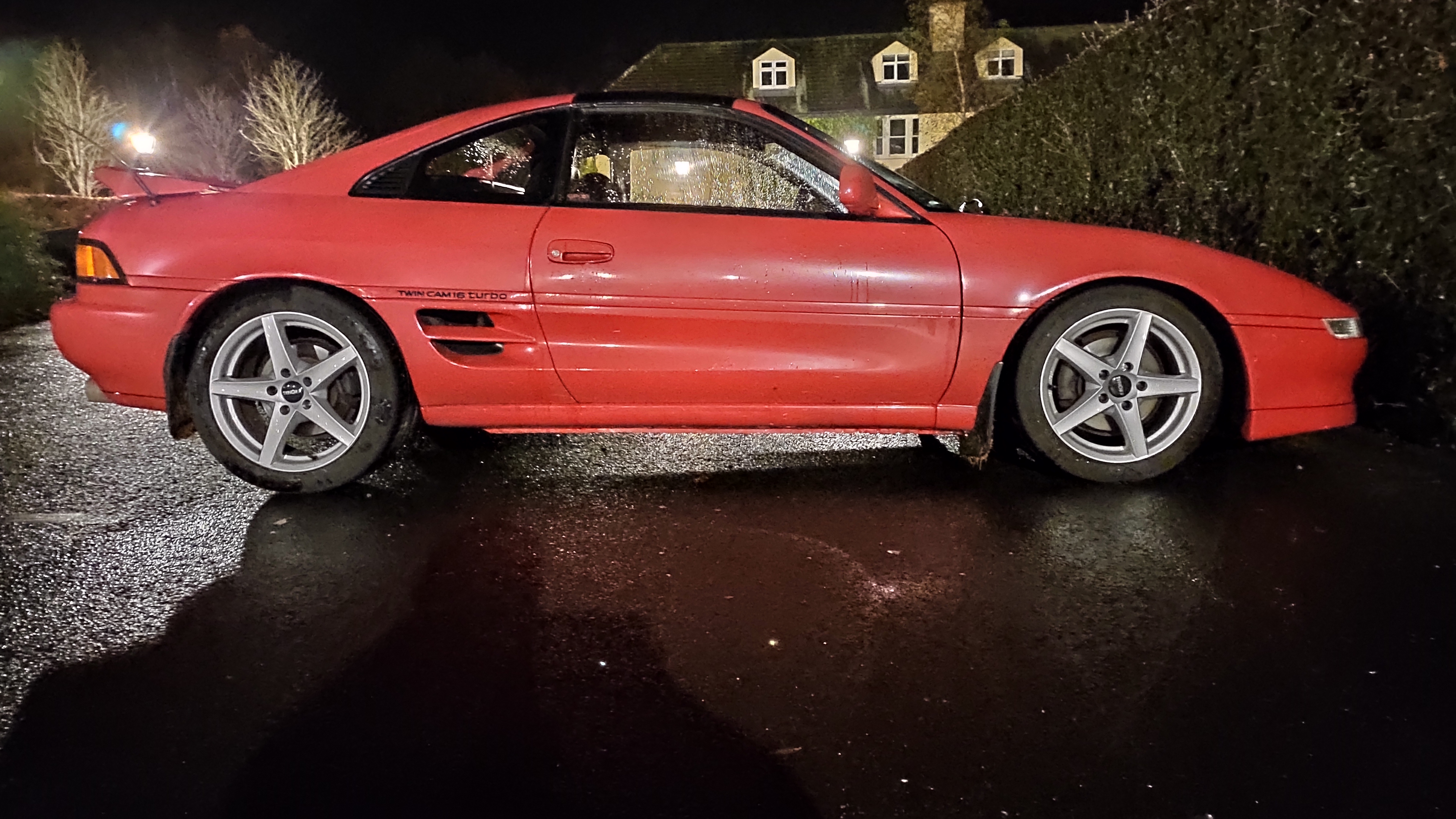 I would like similar height or could be a little higher.

Any input is appreciated.

Interesting, I too changed from the D2 coil-overs around 5 years ago for similar reasons.

I got hold of some rebuildable struts from GTSChris' drag car when he was still in business, absolute bargain and one of the best decisions I've made for the car.

Not sure that there is any fruit to the story of them not being suitable due to height/size issues, mine have been just fine

(also on a rev 3 turbo), so don't discount them for that reason

As to springs, I tried Tein springs but they were very very harsh, especially at the front.

Ironically I ended up swapping them for the H&R set you've heard bad reports about! After around a month of bedding in they settled very evenly front and rear.

On this note, I must confess I've always been perplexed by the negative talk around H&R, they are a quality product that was still in great condition when I changed the dampers last year.

Regards to the ride height, mine sits very very similar to the photo you have shown.

As to dampers, for 4 of the years running them I had tokico inserts front and rear

(I think), but have since changed to KYB excelG inserts which are adequate for my needs, especially with the Wilhelm geometry kit.

Just to note on my setup, I'm running 16" GTR/GTST wheels.

Thank you very kindly for your reply!

Wish I could have got some OE rebuldable struts, but I will stick now with yellow Bilsteins.

They gotta be good enough.

Already on their way

I've seen H&R is decent, they also have spacers and their own coilovers.

However, when I was doing my research, anytime H&R springs came up they were called very harsh, same as with Teins.

Some also complained that the front was sitting much higher then the rear with H&R.

If I can source them for cheap, I think I will start my Bilstein journey with standard KYB springs and I will go from there.

Thanks for confirming the height so if I will go with lowering springs, I know I need 20mm types.

Already have an eye on Eibach Pro-kit, but will try KYB standards first.

When I had the Cosmos young wilkies old car virtually rebuilt, I put yellow billies on, I'm not sure what springs are I put in on.

But she sorn'd now so going to swap over to the others I had on the std struts, as the ones on are a tad harsh, on a good road it handles superb, since some

"Settling" it's better, so I'd say yellows OK maybe experimentation with

I do not have the measles.

I had also read the issue of front and rear height differences.

.I wonder if the issue is use of them with the wrong strut bodies, I'll have to have a look at the intended year use when I get a chance as it has been bugging me! I suspect most people are using them on late body non-rebuildable struts as they are more common.

Your plan sounds spot on though

I was always happy with the front but was never satisfied with the rear, the spring rate was probably not the issue but it was certainly under damped, it had a tendency to oscillate and never quite balance when taking certain repeated loads/bumps.

I think it's actually very difficult to get the damping on the MR2 right, especially when starting with mostly after-market components.

One thing I would say

- be very wary of lowering without correcting the roll centre and associated front and rear track control rod heights.

I've come to the opinion that it is next to impossible to appreciate the importance of correct suspension geometry when trying to improve your drive by changing springs/dampers.

- most importantly bump steer, particularly from lowering the rear.

Lowering the car AND correcting the geometry to match that new height, transforms the driving experience and I felt like an absolute nitwit that I had a geometry kit sat on a shelf for the best part of 2 years because I didn't think it would make THAT much of a difference.

- your plan like a great step in the right direction, just don't forget it can get better still

For reference here's the link to Alex's kit and associated development:
https://wilhelmraceworks.com/suspension-geometry-kit
Top

Thanks for the replies!

I also though that different struts would contribute to front-rear height differences.

Maybe no surprise as there are so many different part numbers for only one corner.

I was happy with the handling when lowered without the Wilhelm kit, but for sure it would be better.

I was thinking to get them, bu my worry is the exposed pivot points

(spherical bearing?) on the arms.

Longevity is a key factor to me.

Will let you all know how I got on.

Blimey, yes that is a lot of variations!!

Definitely right to be worried about those exposed spherical bearings, I'm so surprised that Alex hasn't suggested people use rubber boots which you can stretch over

- although he doesn't market it toward road use and for track usage I imagine exposed joints are just fine.

The boots I put on early this year have held up great so far to a good mix of daily city and weekend cross country use, you can find them by tapping in

'rose joint dust cover' or similar into eBay and they will fit something like this: 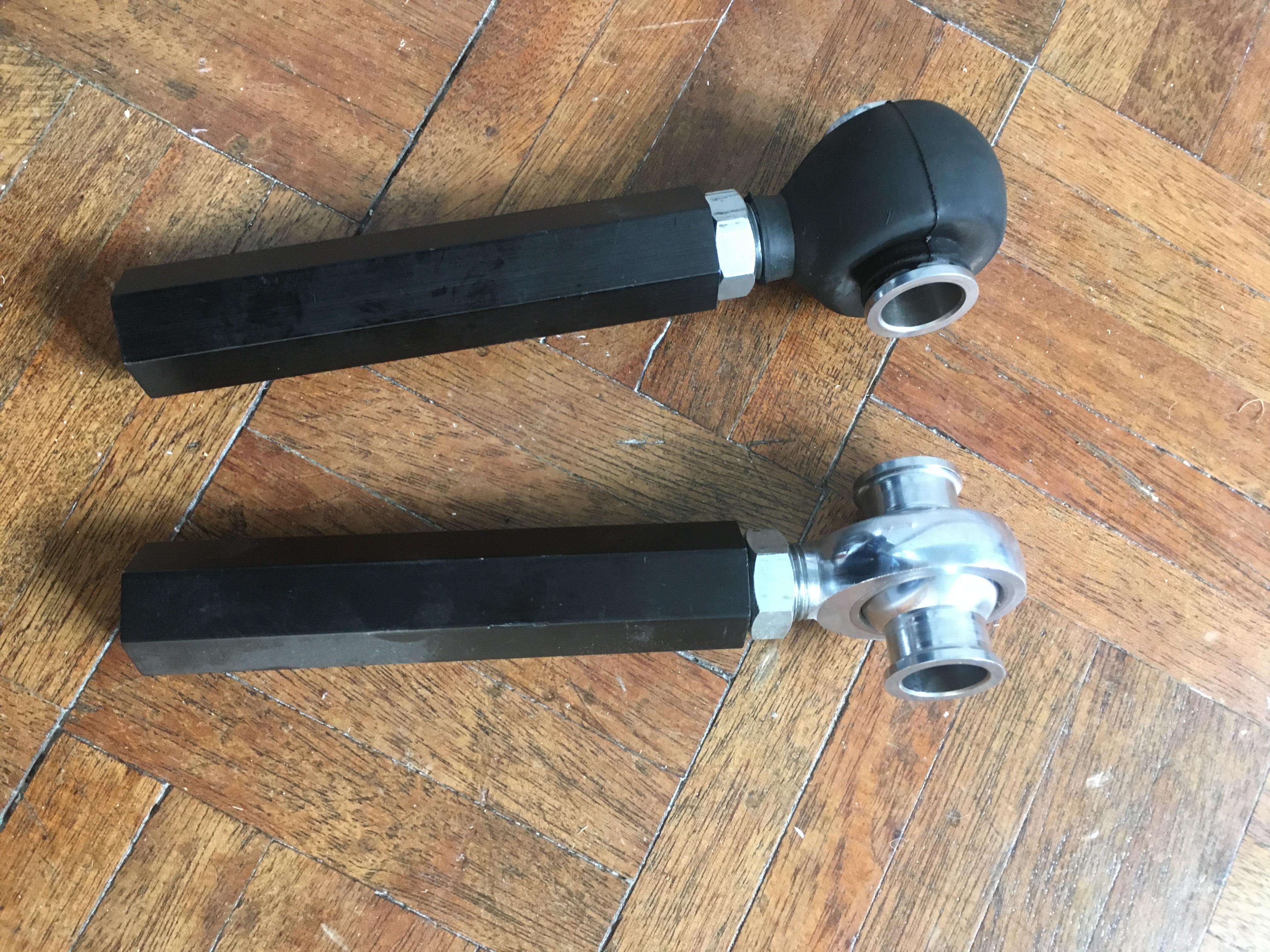 Keep us posted how you get on, always good to have a review for the next poor soul that searches this topic in years to come!
Top

Wow this is awesome! Never knew these existed.